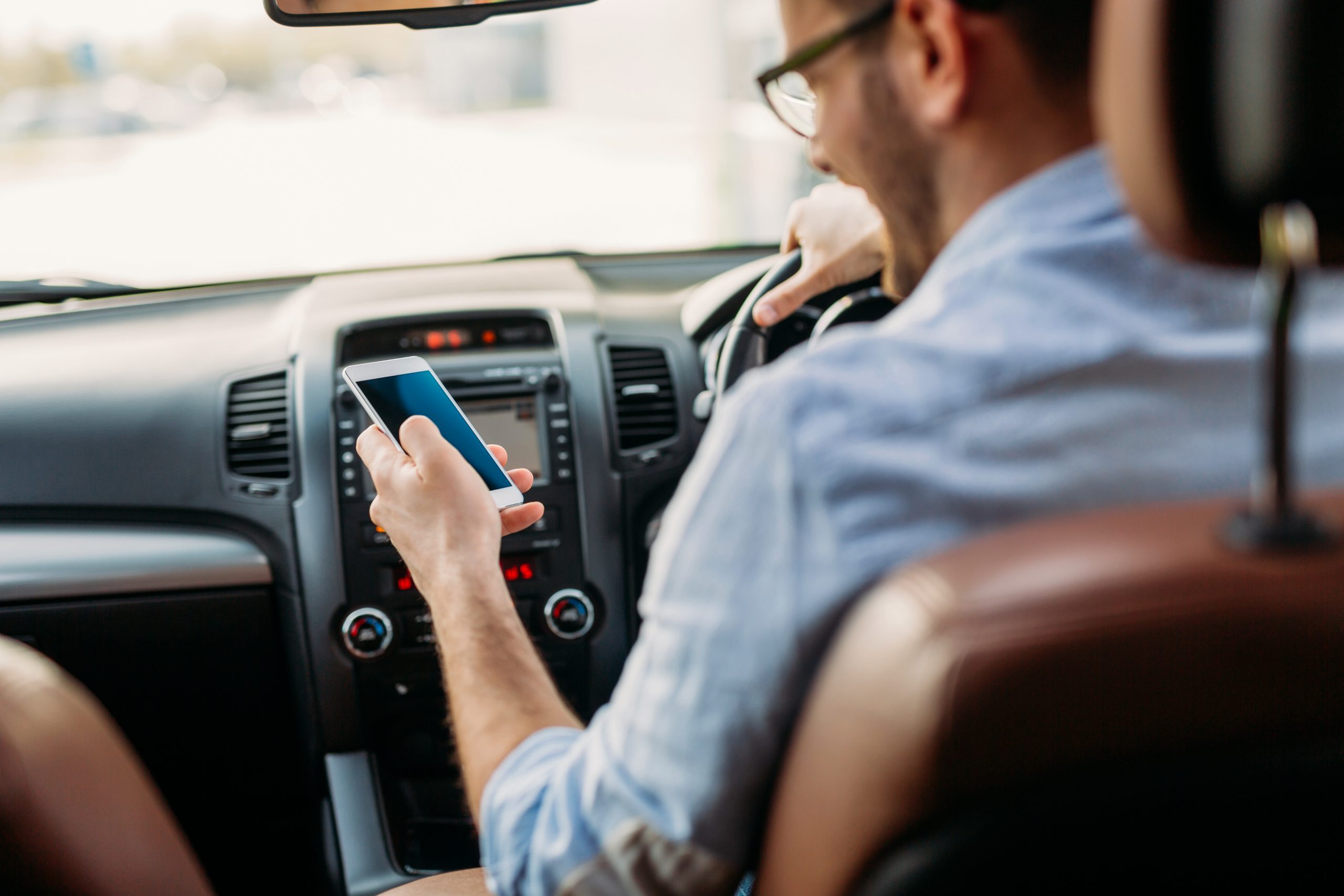 Man looking at mobile phone while driving a car.

The first smartphones were released within living memory for all motorists –    in fact, the first iPhone celebrates its tenth anniversary in 2017 – and the past decade has not enjoyed the happiest of relationships between mobile phones and driving.

Over 200 fatalities on the roads have been linked with drivers distracted by mobile phones in that time, and in 2014 alone nearly 500 accidents were blamed on poor driving as a result of driving whilst on the phone. These Department for Transport figures also show that 43 fatalities occurred in 2014 because of drivers distracted by phones – compelling reasons to keep mobile phones and driving well separated from one another.

Driving while texting has been seen as notably worse than simply calling someone. Arguably with a handset in speakerphone mode, or using a hands-free kit, talking on the phone is no worse than having a conversation with a passenger. However, there’s no excuse for taking your hands off the wheel and your eyes off the road to send an SMS, a tweet or a Snapchat message, and the police will not look upon any such acts kindly.

The AA trust set up a yearlong campaign ‘#NeverTextDrive’, in March in order to change drivers’ behaviour towards distractions. The campaign started with a short film ‘Cadence’ and has since launched an ad in order to raise awareness for distracted driving.

The penalties for talking on the phone and driving can be severe, especially for newly qualified drivers.

Driving whilst on the phone with your hand off the wheel to hold the device, will typically result in a £200 fine and six penalty points.

Newly qualified drivers within the first two years of passing their test can lose their licence completely – so don’t text and drive, or make that non-essential call, until you reach a place to safely and legally park up.

There are very few exemptions for using your mobile phone when driving that could potentially escape a penalty or court appearance. A hand-held phone may only be used when you’re parked safely or you need to call 999 or 112 in an emergency where it is unsafe or impractical to stop to do so.

The only other known exception is the use of a two-way radio. Whilst this isn’t quite the same as driving whilst on the phone it is considered similar as you can send and receive data using the device.

Motoring Offence Solicitors offer the very best privately funded legal representation to clients accused of mobile phone driving offences in Manchester and across the UK.  Call our team today on 0161 832 3852 or complete the enquiry form on the right-hand side of this page.

Mobile Phone Use While Driving Laws to Change to Combat Loophole