FAILING TO COMPLY WITH SIGNALS AND THE PENALTIES (TS10)

Failing to comply with traffic light signals is known as a code TS10 driving offence.

The Highway Code requires all drivers to stop behind the white line when the red light is illuminated and a motorist may only drive when given the green light and only if it is safe to proceed. If you are accused of committing TS10 signs and signals driving offences, then this may result in a Fixed Penalty of three points on your licence and a fine of £100.

Many traffic lights are fitted with cameras which will record the registration of vehicles breaching the rules of the road in running red lights.

Alternatively, a police officer may witness the offence and choose to issue a fixed penalty notice directly to the driver. An accumulation of penalty points on your licence could lead to a disqualification from driving and this may affect your livelihood and result in a loss of earnings.

James Hurst
17:52 25 May 22
I approached Brian due to totting up points on my licence. Three more points could have resulted in me being disqualified from driving and as a Courier this would have cost me my Livelihood.Brian... decided that the best route to take would be to enter a plea of exceptional hardship. He explained everything clearly and guided me through the process whilst reducing the considerable stress I was under.His efforts secured me the best possible outcome. Not only did I keep my licence, I also received the lowest possible fine.I can't recommend Brian highly enough and would urge anyone in similar circumstances to contact Brian Koffman & Co Solicitors without hesitation.Thank you Brian.read more

eleanor perretta
15:48 23 May 22
I have just contacted Brian to get some advice regarding a motoring offence - as the website indicates they pride themselves on these cases.It was my first experience of having a penalty of this... nature and was looking to instruct a solicitor to gain some advice on the best steps.He was incredibly blunt and rude. He compared my enquiry to the likes of a doctor seeing a patient with no knowledge of the symptoms? Despite me being on the phone to answer any questions regarding the offence in question.Completely bizarre and rude, with him then hanging up on me.read more

Surojit Sen
18:53 31 Mar 22
I would like to say a big Thank to Mr Brian Koffman. I’m so pleased to say that he has dealt my case so well. I had no prior experience to attend the court in my life. He made me everything clear... about what I will be expecting on my hearing. He explained everything step by step which has definitely helped me a lot.He is such a brilliant lawyer. He made me win the case. He is very professional, honest and an experience lawyer. I do highly recommend him. I’m giving him 5 stars. Thanks a lot.read more

Kell h
19:53 24 Feb 22
Excellent solicitor very good at what he does. yes I would recommend, outstanding results in the court room very inpressed. thank you Brian.

Shohib Shah
13:01 17 Feb 22
Where do I start from I mean It was a fantastic experience, Mr koffmans level of service and professionalism is just at very high level and would recommend them to everyone and just can't thank him... enoughread more

spencer orme
12:17 20 Dec 21
Brian was fantastic with his services, his professionalism, his extensive knowledge put me at ease. Everything he did was to the absolute best of his ability. I can’t thank him enough for... representing me in my caseread more

It is an offence if you fail to stop for a red light.  If the red light is showing, you must stop behind the line in all circumstances.

As each offence comes with its own set of circumstances, an experienced Traffic Light Offence Solicitor will be able to assist you if you feel you had just cause for breaching the Highway Code.

You may have needed to run the light in order to avoid a collision with another road user. You may have had no other option than to drive onwards to allow an emergency vehicle to pass. The traffic light or camera could even potentially have been defective.

HOW CAN A RED LIGHT OFFENCE BE CHALLENGED?

Defences against a charge for contravening a red light include: 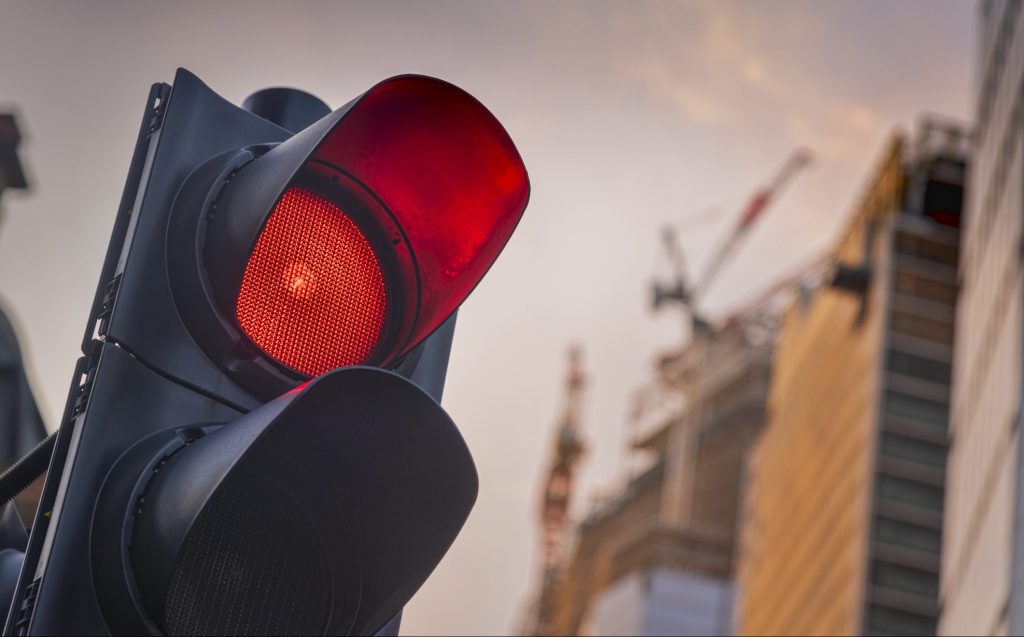 Most traffic light offences are detected by speed cameras these days.  The now familiar yellow speed cameras can detect both speeding and red light offences simultaneously if necessary. Sensors in the road leading away from the camera are activated when the lights are red. If the sensors detect a vehicle during the red phase a signal is sent back to the camera, which takes a picture of the rear number plate.

As experts in dealing with motoring offences, we have helped countless drivers charged with driving offences such as running red lights and can do the same for you.

We understand that an accumulation of penalty points on your licence could lead to a disqualification from driving and can lead to an enormous amount of stress. If you have been charged with a traffic light offence, we can analyse all the evidence against you and put forward an effective defence to prevent you from being prosecuted.

For expert advice and a no-obligation consultation about how we can help you defend a red traffic light offence, please contact Brian Koffman & Co.

Motoring Offence Solicitors offer the very best privately funded defence advocacy to clients in Manchester and across the UK.  Call our team today on 0161 832 3852 or complete the enquiry form below.